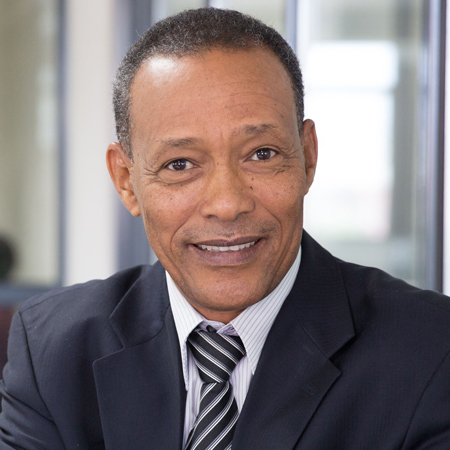 Abera Tola Gada is Synergos’ Regional Director, based in Ethiopia, leading our efforts in that country to help increase the food security and incomes of smallholder farmers and their families, bolstering the national economy. He is also a Synergos Senior Fellow.

Prior to joining the Synergos staff in 2011, he was the Regional Director of Oxfam America for the Horn of Africa Program. Abera first joined Oxfam in 2000 as a consultant, moving up to serve as the country director and now serving as a regional director. As the Horn of Africa region is one of the most poverty-stricken and conflict suffering areas in the world, Abera led the agency’s work in changing the lives of the poor and marginalized.

Prior to this role, Abera was the founder and executive director of HUNDEE, a well-known local development organization in Ethiopia. He worked for the Canadian International Development Agency as a consultant to evaluate its Good Governance and Democracy Fund distribution to the government, INGOs and NGOs in Ethiopia. Abera was a senior program officer for the Inter-Africa Group, a regional NGO dedicated to peace and development in the African continent. He also worked as a coordinator for the advocacy network of six local NGOs - this network was formed for promoting democracy, civic education and election monitoring in Ethiopia. Abera also created a consortium of civil society organizations to coordinate the first Ethiopian election in 1995 and dispatched more than 2,000 election monitors to all parts of the country.

Abera received a BA in business administration from Addis Ababa University in Ethiopia, a certificate in management of non-profit organizations from Open University in the United Kingdom, and an MPA from Harvard’s Kennedy School of Government.