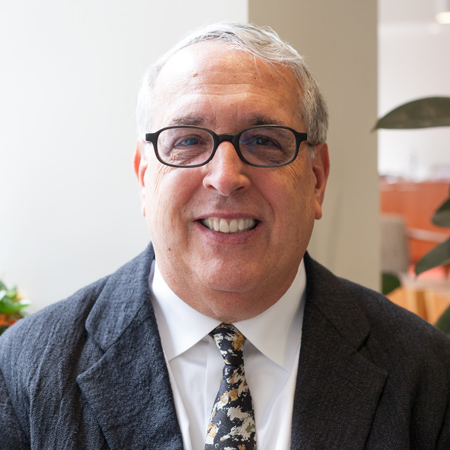 Robert H. Dunn was President and CEO of Synergos from November 2005 through November 2015. While CEO, Bob played a central role in Synergos’ large-scale partnership work in the Middle East, Ethiopia, India, and Namibia, as well as in the creation of Synergos Consulting Services and the expansion of our global networks.

In addition, Bob has served as a board member or advisor of other international and national groups working on business responsibility. Bob was Vice President for Corporate Affairs at Levi Strauss & Co., where his responsibilities included the Levi Strauss Foundation and the company’s philanthropic initiatives. He also spent 10 years in the public sector, serving in the Carter White House, the US Embassy in Mexico City, and as Chief of Staff and a Cabinet Secretary for the Governor of Wisconsin.   He has coached and counseled corporate CEOs, social entrepreneurs, foundation leaders and the heads of numerous civil society organizations.

Earlier in his career, Bob was a Dean and taught at Wesleyan University; he also taught at the Graduate School of Business at Stanford University.  He has a BA from Brown University and a JD from Vanderbilt University School of Law.