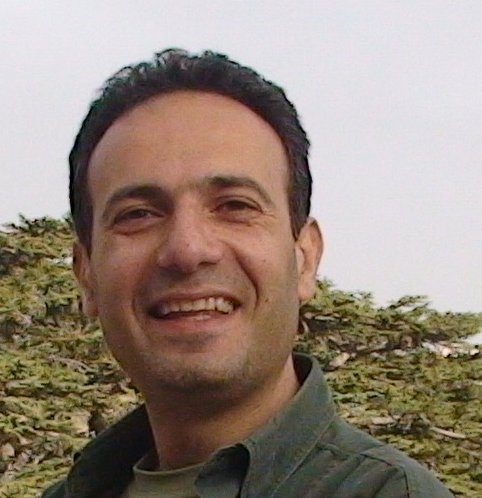 Paul Abi Rached promotes environmental education through songs that contain powerful messages to encourage healthy nutrition, proper waste disposal, paper recycling, reforestation and protection of endangered species among Lebanon’s youth. This innovative and participatory education technique has the lasting power to resonate with a child for years to come, changing how they interact with the environment.

An environmental lawyer by training, Paul left his legal career to commit himself to the pursuit of environmental preservation and peace among Lebanon’s youth by employing his talents as a singer and songwriter. Paul employs songs as an active education tool to reach all segments of society regardless of political or religious affiliations, and has built a large constituency in schools, universities, and community centers throughout Lebanon.

His organization, T.E.R.R.E Liban, is an independent Lebanese NGO devoted to the creation and implementation of environmental education within Lebanon, and has been a leader in the promotion of environmental solutions for sustainable development. Paul has developed a substantial musical repertoire that he shares through singing lectures, bringing him to a diverse array of cities and schools throughout Lebanon. Each year he reaches an audience of over 150,000 primary and secondary public-school children and thousands of private-school students and youth groups every month.

As a result of his successful outreach, Paul has collaborated with educators to create a musical toolkit to promote Lebanese Eco-Citizenship and institutionalize environmental responsibility in public classrooms. Through T.E.R.R.E Liban, Paul also teaches about environmental preservation by bringing children, community, and nature together, through activities such as hikes in nature preserves, as a way of fostering respect for local biodiversity.

Paul presides over a sizable organization that has grown substantially in its long history to include a membership of community volunteers, dedicated staff, and environmental experts that advise on a range of national environmental campaigns.

Through partnerships with public, private, and multi-lateral actors, Paul has launched nineteen environmental campaigns”?a testament to his qualities as a bridging leader. These campaigns include a sustainable development initiative to preserve Baabda Forest near Beirut, a pilot project to combat forest fires, a coastline-cleanup campaign called Save our Shores, a movement to protect the birds of Lebanon. In addition, Paul has been instrumental in starting a national campaign to promote recycling and “sorting at the source”? as well as initiatives to combat climate change.

Paul has produced over one hundred songs to carry his message of environmental preservation, which have been incorporated into the official curricula of several schools in Lebanon. His innovative approach to environmental education has been showcased by local Lebanese stations and a number of global media outlets, such as CNN, Al-Jazeera, and the BBC.

Armed with a guitar and his belief in building a better future for the next generation of Lebanese youth, Paul hopes to promote environmental conservation, peace, and sustainable development in neighboring Arab countries through active education. His music communicates a powerful message that resonates with an audience across the region that seeks a peaceful, brighter, and cleaner vision for the world.