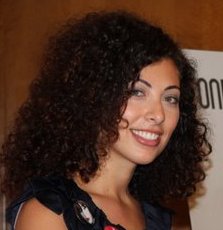 Loryne Atoui is dedicated to improving the lives of women and families experiencing the hardships of breast cancer. Inspired by her own mother’s battle with the disease, Loryne founded One Wig Stand, a non-profit organization based in Lebanon aimed at increasing awareness and providing support for breast cancer patients.

One Wig Stand developed the Bras for a Cause Middle East campaign in 2011 in response to the scarcity of affordable and attractive mastectomy bras in the region, most of which are imported from Europe and the USA. The campaign drew on the creative talents of regional designers and the general public to provide solutions that empower the survivor. Soon after, a unique collection of mastectomy bras was produced and made readily available for patients through several NGOs operating in Lebanon, Egypt, Saudi Arabia and the UAE.

Make the Cut, One Wig Stand’s most recent campaign, was a call to collect hair donations in order to make and provide wigs for women undergoing cancer treatment. Alongside hair donation drives at schools and universities, One Wig Stand also partnered with more than 25 hair salons across Lebanon to facilitate the donation process and expand the campaign's reach.

In addition to providing support through these means and One Wig Stand's upcoming programs, Loryne’s work focuses on increasing awareness that adapts to the local culture so as to encourage early detection, eliminate the taboo still attached to the disease, and ultimately improve the quality of life for those diagnosed with breast cancer in the region.