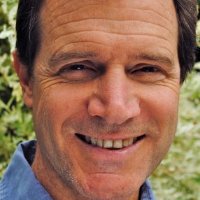 David Bonbright is founder and Chief Executive of Keystone (formerly ACCESS), an initiative that aims to transform the fields of social investing and sustainable development.

Previously, David directed the Aga Khan Development Network's Civil Society Programme (AKDN) that brings together a number of development agencies, institutions, and programmes that work primarily in the poorest parts of Asia and Africa.

In the early 1990s, he founded and led two African citizen sector resource centers: one relating to organizational development (the Development Resources Centre, Johannesburg) and one relating to information and technology (SANGONeT, Johannesburg). He also played an instrumental role in the processes that gave birth to the Southern African Grantmakers Association (SAGA) and the South African NGO Coalition (SANGOCO), and led the first Africa program of Ashoka: Innovators for the Public.

As a grantmaker and manager with Aga Khan Foundation (1997 - 2004), Ford Foundation (1983 - 87), Oak Foundation - (1988 - 1990), and Ashoka: Innovators for the Public (1990 - 1997), David has sought to evolve and test innovative approaches to strengthening citizen self-organization for social justice and sustainable development as an alternative to prevailing bureaucratic, top-down models.

Trained as a lawyer, David has authored and co-authored a number of reports and books on the subject of philanthropy in Pakistan, indigenous philanthropy and public entrepreneurship.

Keystone seeks to improve the effectiveness of organizations working in the human development field by developing new ways of planning, measuring and communicating social change that are practical and include the voices of their beneficiaries and other constituents. These include the introduction of systems for performance management and giving/social investing that realize accountability for learning in social change processes.