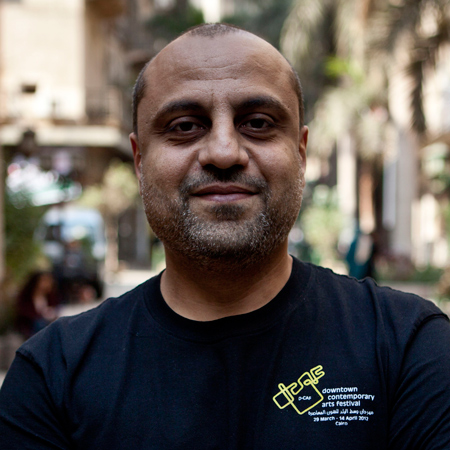 Ahmed El Attar is the founder of Studio Emad Eddin and the lead organizer of Cairo’s Downtown Contemporary Arts Festival. For the last two decades he has worked as playwright; his most notable work, On the importance of being Arab (2009), premiered at the Sharjah Biennial, and later was performed in nine countries including Germany, France, and the UK.

In 2005, Ahmed founded Studio Emad Eddin as a center offering rehearsal, training, and residency spaces to artists and troupes from Egypt and the greater Middle East. With over 2,700 members, Studio Emad Eddin serves as a focal point for independent theatre in the region, with a focus on supporting youth and the next generation of theatre professionals.