Cardiovascular disease causes one in four deaths in India. How can we turn the tide? 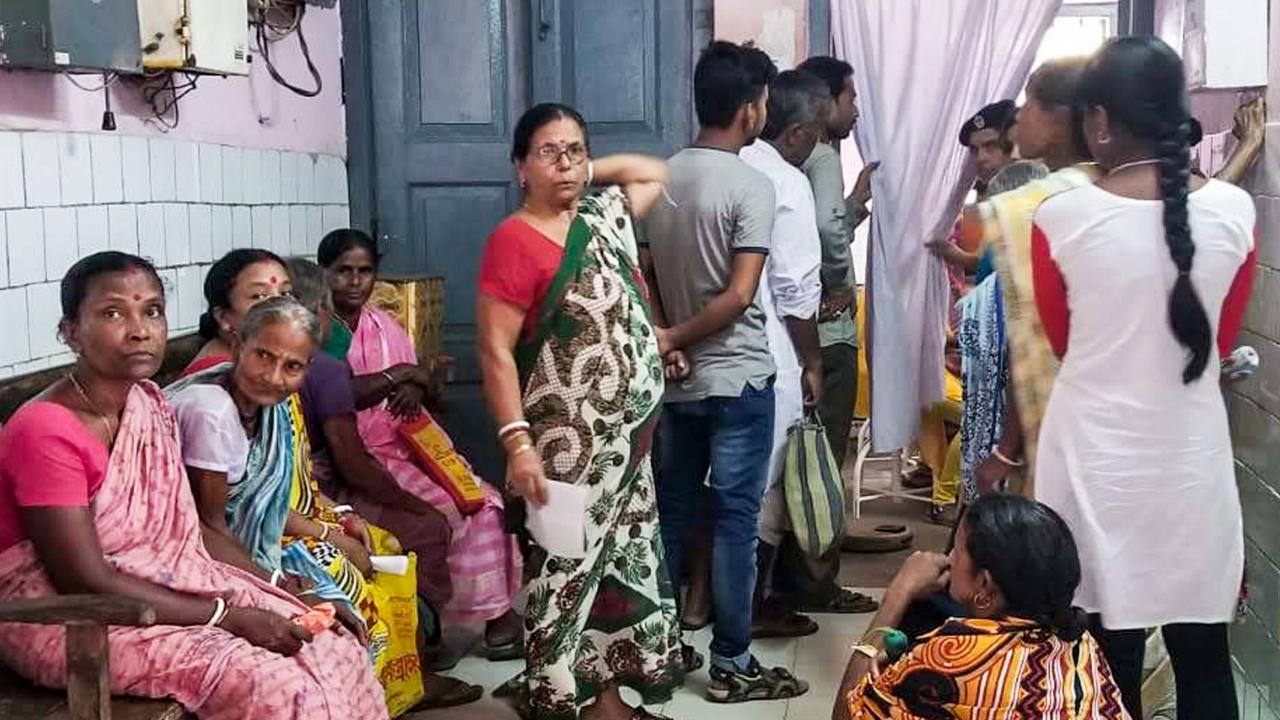 It’s barely 9 am in Mohanpur, Tripura, but the line at the community clinic is already swelling. Some patients have traveled long distances, others have risked their earnings to be here. By afternoon, many have received news that they are at risk of cardiovascular disease or already suffering from it. Now the leading cause of death in India, cardiovascular disease is responsible for 1 in 4 mortalities, and it affects 25 percent of India’s population - about 300 million people.

Once considered a problem for wealthy countries, the burden of cardiovascular disease has shifted, with more than 75 percent of related deaths now taking place in low- to middle-income countries.  At its core, cardiovascular disease is a systemic issue, rooted in realities of socioeconomics, awareness, access and limitations in the healthcare system.

The Indian community healthcare system, intended to cover the lower-income masses, has historically faced chronic underinvestment. Public clinics are notorious for being inefficient and under-resourced. Yet they are the most accessible—and sometimes the only—option for a critical mass of people at risk of cardiovascular disease who cannot afford private care. 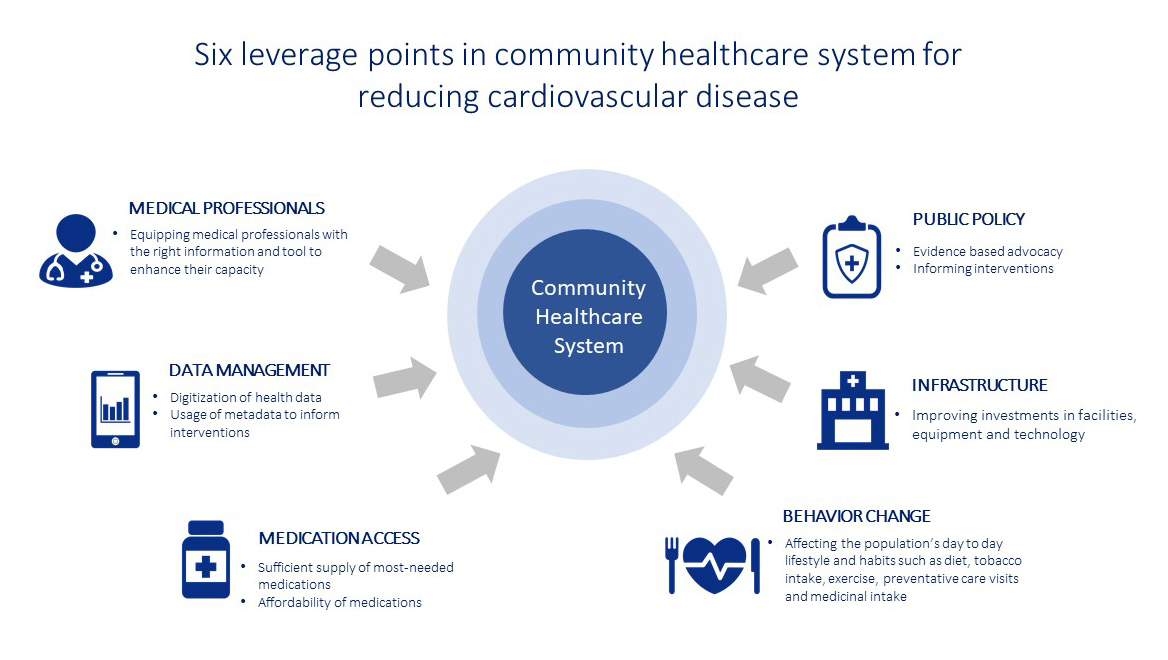 The good news is that India has a vast network of public health organizations, including civil society organizations like PHFI, that are innovating to pull these leverage points. For example, PHFI’s latest innovation, a Decision Support System (DSS), enhances the capacity of medical professionals by making it easier for them to diagnose, track, and treat hypertension – a common entry point for cardiovascular disease. Synergos team observed DSS in action, noting its benefits for medical professional capacity, data management and public policy. The tool replaces clunky and error prone manual records with digital. It assists in arriving at the right diagnosis, in turn enhancing staff capacity to serve more patients. It generates metadata on non-communicable disease patterns—a powerful tool for evidence-based advocacy.

The bad news is that DSS alone (or PHFI for that matter), cannot turn the tide on cardiovascular disease.  It has marginal effect on leverage points outside of its direct control, such as behavior change and medication. For instance, it can do little to address the medicine costs faced by low-income patients. Approximately 68 percent of the Indians have limited or no access to essential medication, with 33 million households driven into poverty by medication costs in 2011-2012 alone. Moreover, the tool has little impact on risky behavior such as tobacco use. In Northeastern India, tobacco use is at an all-time high, with 65 percent of people consuming it in Tripura (compared to 35 percent nationally). Good data management can inform behavior change and track results over time, but impact at scale requires coordinated intervention in policy, media messaging, education and community norms.

A Call for Partnership

In a systemic topic such as community health, working in silos leads to limited impact.  Clinics like the one in Mohanpur are making strides, but they lack capacity to take a systems-view to understand their own role in the problem and create solutions. India has a vast and diverse network of health organizations that can add capacity. But rather than working in silos, what if these organizations used their expertise to take a systems view? What if instead of their usual narrow focus, they came together to coordinate an intervention that pull all six levers of the community healthcare system? This is possible in Tripura.

Synergos and PHFI call on the Indian healthcare community to form to a multi-stakeholder partnership in Tripura that turns the tide on cardiovascular disease.

Tripura is ripe for a systemic intervention. Community healthcare has a relatively wide reach. Government is actively seeking collaboration with other sectors. Innovations have a real chance of sustainability here, as signaled by the state’s willingness to take ownership of initiatives such as DSS. All of this is aligned with central government’s commitment to develop healthcare in India for poor and vulnerable families. Herein lies an opportunity to build a partnership for a powerful intervention that pulls all six levers of community health system. If successful in Tripura, this prototype has the potential to scale and turn the tide on cardiovascular disease for a critical mass of people in India and beyond.

Partnerships are not easy. From Synergos’ deep experience, we recognize that they require significant effort, time, and above all a commitment to working with others who think and operate differently. Yet working in silos has shown limited impact. So, we implore you to consider this partnership because it holds the key to large scale change; because without it we lose 17 million lives a year to cardiovascular disease.

About Synergos: Synergos Institute is a global non-profit that brings people together to solve complex problems of poverty.