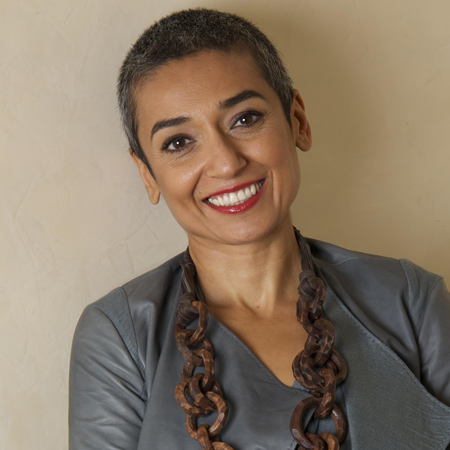 Zainab Salbi is a celebrated humanitarian, author and journalist. Oprah Winfrey identified her as one of the 25 women changing the world to People Magazine, President Clinton nominated her as a “21st Century Heroine” for Harper’s Bazaar; Foreign Policy magazine called Zainab one of “100 Top Global Thinkers”, and Fast Company identified her as “One of the 100 Most Creative People in Business.” Similar designations also include Newsweek, Fortune, and the Guardian.

She is the founder and former CEO of Women for Women International, a humanitarian organization that supports women survivors of conflicts rebuild their lives. Under her leadership, the organization mobilized nearly half a million women in 69 countries, raised $120 million in aid and micro loans, directly supported 420,000 women and impacted more than 1.7 family members in eight countries.

Zainab authored four books including the national bestseller Between Two Worlds and her latest Freedom Is an Inside Job. She is also the creator and host of several shows including: #MeToo, Now What? on PBS and her latest Through Her Eyes with Zainab Salbi at Yahoo News.