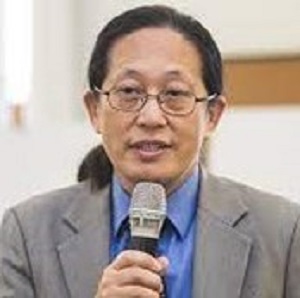 Wangsheng Li is the founding President of The Hepatitis Fund.  His work currently focuses on the elimination of viral hepatitis which he regards as a major public health threat among many populations in China and around the world.

He was the president of ZeShan Foundation, a privately-funded foundation committed to improving the lives of the less privileged through grantmaking, capacity-building, and philanthropy in the fields of health, education, human and social services, and disaster relief. ZeShan aspires to be a catalyst and a leveraged force in proactive giving and engaged philanthropy.

Mr. Li has had a lifetime career in the non-profit sector. In recent years, he has focused on equity in and access to quality health care in under-served parts of China and on the development of civil society through private-public partnership and capacity-building.

Prior to joining ZeShan, Mr. Li was the associate director of the Yale-China Association and directed the association’s first major expansion in China since 1949. For over six years, he was a program manager at MetLife Foundation, where he implemented many innovative programs to promote art’s intrinsic value in children’s learning and overall development, in quality of life for the elderly, and in bringing together diverse communities. He directed one of the largest legal-services programs in New York City, which provided comprehensive assistance to refugees and new immigrants.

Early in his career, he taught in universities and served on the editorial boards for a number of publications. He has served as a review panellist for the New York Foundation for the Arts, the Business Committee for the Arts, and the Institute of International Education. He has served on the boards of several organizations, including the Asian American Arts Alliance, the New Asia College of the Chinese University of Hong Kong, the Yale Club of Hong Kong, and the Chung Kin-Kwok Education Foundation.