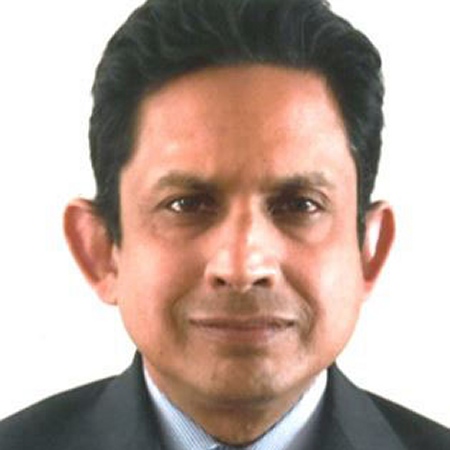 Uday Khemka is Vice-Chairman of the SUN Group of companies and has more than 24 years of investment and entrepreneurial experience in varied emerging markets, with a particular focus on India and the countries of the former Soviet Union.

Prior to SUN, Uday Khemka worked with Credit Suisse First Boston and Morgan Stanley in London and New York and then established and led Morgan Stanley’s investment banking operation in India. Uday has led SUN’s investment management activities and the creation of focused fund franchises in SUN’s core markets, including joint ventures with Apollo Real Estate Advisors (AREA), Sequoia Capital and others. He has been deeply involved in the Group’s principal investments in the food and beverage, oil and gas, mining and real estate sectors and is a Director of SUN Gold.

Uday has taken an active role in building his family’s various philanthropic activities through several family-sponsored foundations. The mission of the Nand & Jeet Khemka Foundation is to develop and promote institutions and initiatives that make a substantial impact on poverty, deprivation, and disempowerment of the human and natural environment. The Foundation’s most important area of focus in India is social entrepreneurship and enterprise and includes the creation of India’s leading social entrepreneurship conclave. The Foundation’s international activities include a focus on environmental issues, particularly climate change mitigation, and through a sister organization, TGELF, leadership and ethics education.

Another family sponsored foundation, the Nabha Foundation, focuses on integrated rural development. In addition to his roles at the Khemka and Nabha Foundations, Mr. Khemka’s community interests include his chairmanship of Youthreach, an Indian charitable institution that seeks to harness the power of the private sector to empower charitable and NGO organizations in India. He is on the boards of several institutions including the India School of Business (ISB), the Public Health Foundation of India, and Synergos. He has been elected a Young Global Leader at the World Economic Forum in Davos. Educated at Eton, he received his undergraduate and master’s degrees at Cambridge University and received an MBA with distinction at Harvard Business School (Baker Scholar).