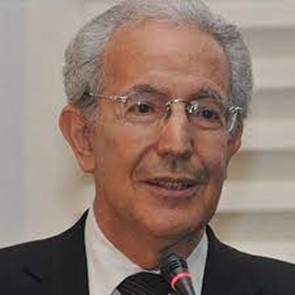 M’hammed Abbad Andaloussi is the President of Al Jisr and works to create a responsible citizen sector, through mobilization the collaboration between businesses, the community, and the government in improving the educational system in Morocco.

Launched in 1990, Al Jisr, meaning “bridge”? in Arabic, is a nonprofit organization that mobilizes businesses to adopt schools in order to upgrade the quality of their education through financial and technical contributions. So far, three hundred schools have been adopted, and Mr Andaloussi plans to have one thousand schools adopted by 2014.

Mr. Andaloussi was previously a co-founder and vice preisdent of a CSO called Al Ikram, which helped hundreds of students with difficulties to finish their schooling. He managed the association activities where social assistants identified potential drop outs and teachers offered them extra courses and extra curricular activities. He participated of the launch of Réseau Maroc Entreprendre which supports youth wishing to create their own businesses. He also launched Injaz Al Maghrib, a member of Junior Achievement Worldwide, to stimulate entrepreneurial spirit among young people. He succeeded in involving thirty-two large companies in the board of this NGO, providing members fees and volunteers to implement Junior Achievement programs in secondary schools.

Mr. Andaloussi is also a member of the Moroccan High Council of Education and an Ashoka fellow.