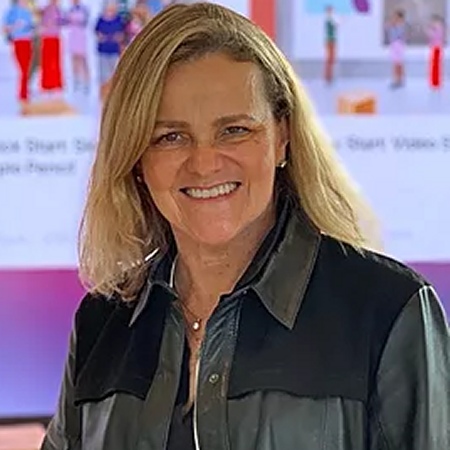 Fernanda Bornhausen Sá is the founder and president of Instituto Voluntários em Ação (IVA), a non-profit organization based in Brazil.

Ms. Sá has had extensive experience on multi-stakeholder partnerships, having held key positions in the private, public, and non-profit sectors. Among her major achievements is the creation of a pioneer non-profit organization that introduced the concept of a volunteer center in Brazil.

In the public sector, Ms. Sá has been State Secretary for Social Assistance, Housing and Labour (1995-1997) and the State Coordinator of Projeto Comunidade Solidária, a national project to fight poverty in Brazil). She was a member of the National Council for Social Assistance, the National Council of Comunidade Solidária, and several organizations aimed at strengthening civil society’s participation in the implementation of public policies.

In the private sector, Ms. Sá has managed an advertising agency, which created several campaigns about important social issues, and which demanded advanced negotiation skills among different partners. In her professional experience, Ms. Sá participated in several professional associations, and was the president of the Brazilian Advertising Association (ABAP-SC).

In the non-profit sector, Ms. Sá founded and has been the major leader of IVA- Volunteers in Action Institute. IVA was created in 1998 by a steering committee of experienced local professionals, and its board is composed of leaders from the business, public, and social sectors in Brazil. The mission of IVA is to mobilize and engage volunteers and provide training to volunteers and NGOs, thus promoting the culture of volunteerism among the Brazil’s population.

In partnership with several actors, including UNV and UNESCO, IVA launched an internet portal, www.voluntariosonlineorg.br, that introduced online volunteering opportunities in Brazil. In the eighteen months since its launch in 2008, there have been more than eighteen thousand new volunteers working for its 378 affiliated NGOs.

Ms. Sá’s multi-sector professional experience has generated a deep understanding of the challenges of establishing effective partnerships for social change. It also provided her with the opportunity to implement multiple strategies to overcome the obstacles to collaboration among culturally-diverse stakeholders.