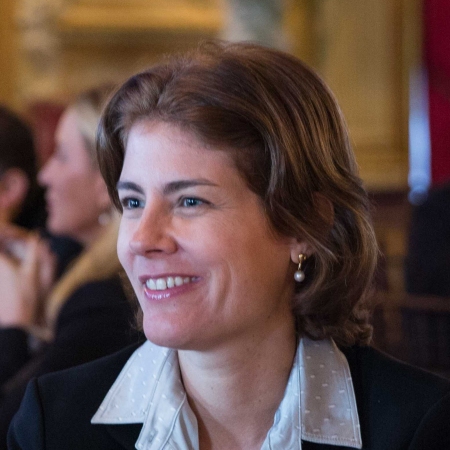 Daniela Nascimento Fainberg is Director, Philanthropy at Synergos, with a focus on Latin America. She is also founder of Instituto Geração, co-founder of Public Transformation Network, and philanthropy and social investment advisor for high networth individuals. She advises individuals and families in their philanthropic strategies, creating structures, processes, strategic planning, programs, selecting, monitoring and evaluating social projects. She also works for families on their intergenerational dialogue, helping them aligned their values to their social legacy. Donor education programs and building bridges to different social contexts were always part of her work.

Ms. Nascimento Fainberg has 21 years of experience working in promoting philanthropy and social investment in Brazil. She started her career in philanthropy in 1997, working at São Paulo office of W.K. Kellogg Foundation monitoring the Latin American projects. From 2000-2004 she served at IDIS - Institute for the Development of Social Investment - where she created and managed their Family Philanthropy Program, advising families on their social investments.

In 2005, as a social entrepreneur Daniela created the New Generation Program, an initiative promoting philanthropy and social engagement among privileged youth between 25 to 40 years of age. In 2007 she founded the Instituto Geração, the first Brazilian nonprofit organization to encourage and support the new generation of privileged individuals in re-thinking their role and practices towards social change. She directed Instituto Geração until 2012, when she moved to it's Board and started her consultancy company. From 2009 to 2012 she was also the executive of GBM (Geração Brasil Melhor) a network of the next generation of fifteen large Brazilian families.

Ms. Nascimento Fainberg is a professor at Fundação Dom Cabral, a leading business school in Latin America, in its Family Business Program for owners and their heirs. She is on the Board of Akatu Institute for Conscious Consumption in São Paulo, Brazil. In 2010 she co-founded Rede de Transformação Pública a network from young leaders from Rio and São Paulo to influence public transformation. She is a fellow of Americas Business Council Foundation, an international organization that provides a platform for Latin American emerging leaders, and also a fellow of the Rising Talents Program, an initiative of the Womens Forum.

She received her degree in Social Sciences from the University of São Paulo, Brazil.