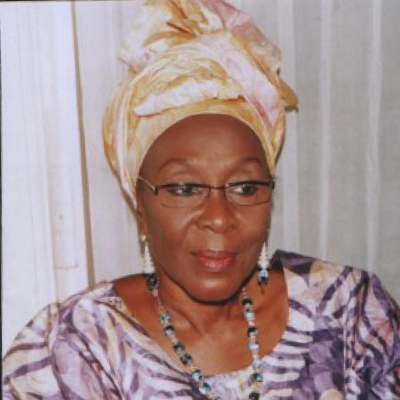 Amie Joof is a journalist, adult educator, activist, and the Executive Director of FAMEDEV-The Inter-African Network for Women, Media, Gender and Development. She is the coordinator/editor of An Alternative Voice for Gambians, an online radio program in support of political and socioeconomic development, freedom of expression and human rights in The Gambia. The program is part of the ongoing campaign for the defense and promotion of freedom of expression and press freedom in her country. She is also engaged in training, research and advocacy on issues of press freedom, freedom of expression, human rights, gender and media, HIV and AIDS, and development.

Amie holds a diploma in adult education from the University of Ghana, Legon, and has undergone extensive professional training at radio stations including the BBC, Radio Nederland, Radio DeutscheWelle and the Ghana Broadcasting Corporation on issues including management, gender, and community. She speaks English, French, Wolof, Mandinka, Fula and Krio.

She has more than 30 years of work experience in media, communication, gender, women and children’s rights issues, press freedom and freedom of expression at national, regional, and international levels. Amie has spearheaded the establishment of women and adult education radio programing for rural audiences, radio listening groups, women’s community radio stations and the training and use of traditional media, namely theatre and musical groups, for development programming at Radio Gambia, now part of Gambia Radio and Television Services.

Amie is a former head of the Rural Broadcasting and Adult Education Section of Radio Gambia, and has worked as Secretary General of the West Africa Women’s Association (ECOWAS), and as Director of the African Women’s Media before moving on to head FAMEDEV.

She has also served as Trainer and Regional Coordinator for West and Central Africa for the Global Media Monitoring Project (GMMP) in 2005 and 2009. GMMP is one of the largest research and advocacy initiatives on gender representation in and through the media, and is supported by the World Association for Christian Communication and other organizations. She has also been a frequent consultant on gender mainstreaming in the media.

She has won several media awards from WHO, URTNA (Union of National Radio and Television Organizations of Africa), and the Japanese Broadcasting Corporation.