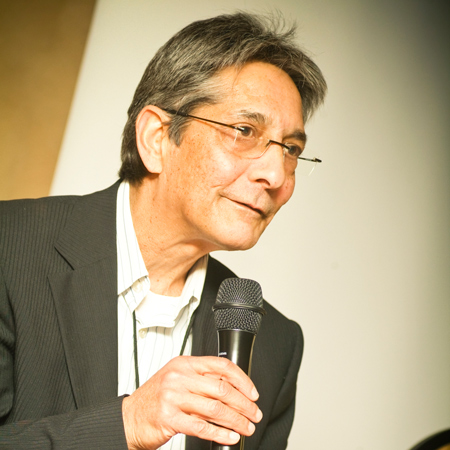 Achmat Dangor was a globally renowned leader for social justice, having lent a strong voice to the cause of freedom. Over many decades of activism, he has worked side-by-side with some of the leading figures in South Africa’s historic journey from Apartheid to democracy.

He served as representative of the Ford Foundation in Southern Africa from 2013-2015, overseeing all grant making in the region from its office in Johannesburg. The regional work, in South Africa, Mozambique and Zimbabwe, focuses on issues of inclusion and civic engagement, human rights, HIV/AIDS discrimination, economic and cultural rights, higher education and sexuality and reproductive health issues Prior to that, he served as CEO of Nelson Mandela Foundation, extending Mandela’s vision and legacy through the Nelson Mandela Centre of Memory and its focus on dialogues for justice. An early advocate for the need to address the emerging HIV/AIDS crisis in South Africa, he served as director of advocacy, communications and leadership at UNAIDS. Prior to that, Achmat was interim director of the World AIDS Campaign and chief executive of the Nelson Mandela Children’s Fund. As founding executive director of Kagiso Trust, he worked alongside Archbishop Desmond Tutu and other political and church leaders to establish the largest black-led foundation in South Africa.

Achmat is also the celebrated author of seven works of fiction and poetry, including Kafka’s Curse and Bitter Fruit, which was short-listed for the prestigious Man Booker Prize for Fiction. His latest collection of stories, Strange Pilgrimages, was released in May 2013 and widely praised. He holds a bachelors degree in literature from Rhodes University in South Africa.