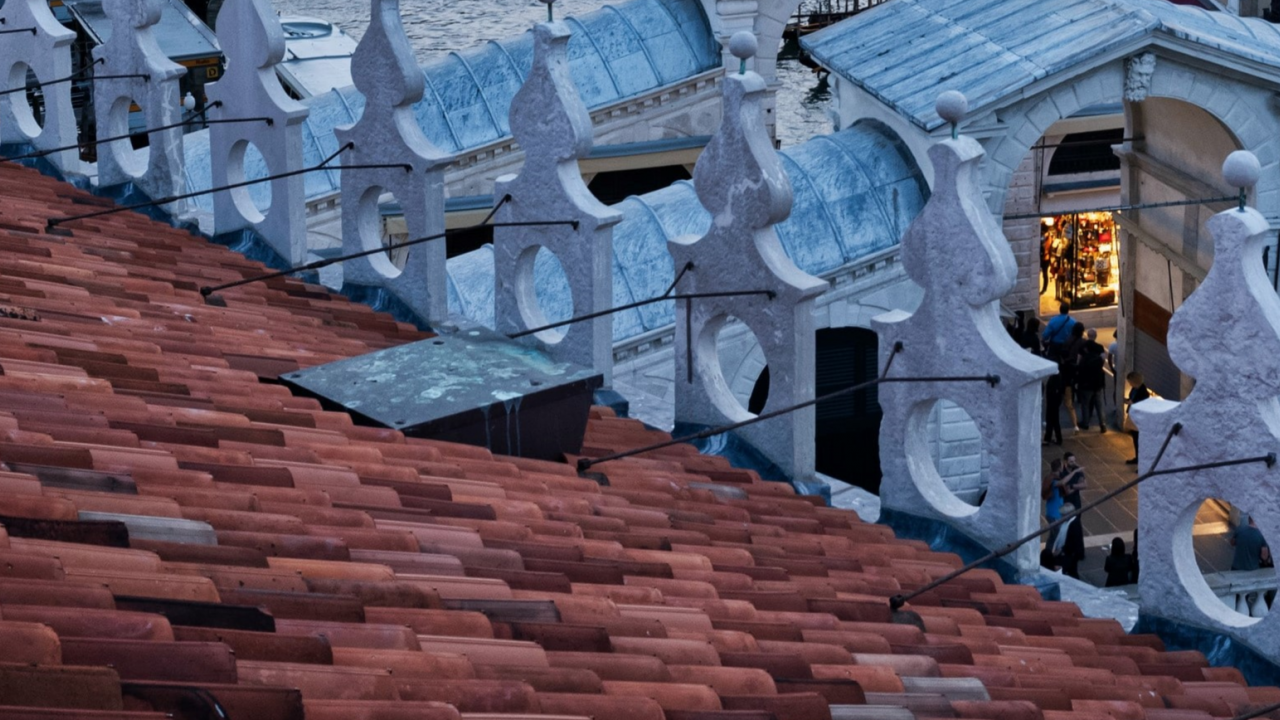 At the onset of the COVID-19 outbreak, Italy was among the first of many nations to be significantly impacted by the virus. It was in those initial moments that feelings of shock, concern, and uncertainty struck the hearts of many. However, emerging from those early emotions, came the videos of Italian neighbors singing from their balconies. This inspiring scene appeared to signify the unity of humanity in the face of crisis.

For a moment, we all became Italian.

Together, as a global community, we are now beginning to move beyond this initial period of shock. And in reflection, we may find great value in the introspection of our early emotions and spirit whilst in crisis, in addition to the actions or reactions that resulted from those feelings. Through this process of discovery, we will better equip ourselves to prepare for a post-COVID-19 future, a future intended to heal.

Through a robust and interactive conversation, we drew upon the cultural, philanthropic, and governmental experiences of our speakers.

This session was moderated by Claudia Abate-Debat, Executive Advisor, Synergos.

H.R.H. Princess Camilla of Bourbon Two Sicilies, Duchess of Castro, is the daughter of industrialist Italian Eng. Camillo Crociani and Mrs. Edoarda Vesel. She grew up in Switzerland, France and Mexico and studied in New York at Marymount High School and at New York University.

The Princess actively supports many philanthropies and is President of the Friends of the Scientific Center of Monaco and Ambassador for UN Women for Peace Association. In a personal effort to protect the environment, She founded the Princess Camilla of Bourbon Charitable Foundation in 2017. The Princess is fluent in Italian, French, English, Spanish and Japanese and active in Her family business in the fields finance, defense, aerospace, and home-land security.

Hyacinth E. Gooden-Bailey is both a mother of 4 and a grandmother. She has served the world, planning and coordinating international conferences on different continents, Summits of the United Nations bodies on very serious global concerns – violence against women, crime prevention, illicit drug trafficking, climate change, etc. and worked with the 4th Committee on disarmament and decolonization.

She taught foreign languages in Kingston, Jamaica, being literate in Spanish, French and German, and trained teachers. She graduated from the University of the West Indies, with a B.A Honors degree and a postgraduate diploma in Education. Her Master’s degree from New York University is in Organizational Psychology. She has published inspirational articles, poetry, and texts focusing on personal and professional transformation.

Her main target is ‘inner wisdom’ and connection with the Divine. In 2016, she was honored by her church for faithful service to the community and, since 2018, she has volunteered as a Motivational Coach at a Women’s Shelter. Ms. Bailey has been a Certified Global Life Transition Coach and member of the International Coach Federation since 2006. Her coaching practice supports both individuals and groups, as she facilitates virtual and in-person sessions. In 2018, she published an inspiring book Power in Praying Through – A-Z. She is currently preparing other books on ‘Wholeness’ for publication.

As Grand Master of the Sacred Military Constantinian Order of Saint George, he promotes and coordinates the humanitarian and cultural activities of this ancient knightly order. The Royal Family lives between Monte Carlo, Rome and Paris. The Duke of Castro is fluent in Italian, French and English.

Giorgio Marrapodi is the Italian Director General for Development Cooperation within the Ministry of Foreign Affairs since January 2018. He is currently member of UN Advisory Board for the preparation of the Food Systems Summit.

A career diplomat with 33 years of experience, he previously served as Ambassador to Austria (2013-2017) and as Director for Legal Affairs at the Ministry of Foreign Affairs (2010–2013). In this capacity, he was a member of the Italian defense team before the International Court of Justice in the Germany v. Italy suit on the subject of the State Immunity. He was also the national focal point for Mediation and the Responsibility to Protect, and a member of the International Commission for the Management of the Bad Arolsen Archives.

His previous assignment was Deputy Chief of Mission at the Italian Embassy to Spain (2005–2009). Prior to Madrid, he was assigned to the Permanent Mission of Italy to the European Union in Brussels, where his duties included media relations and spokesperson (2001–2005). At the Foreign Ministry in Rome he was in the General Directorate for Economic Affairs, where his portfolio included UN affairs, the OECD, and other multilateral economic organizations (1998-1999). From 1999 to 2001, he worked in the General Secretariat of the Ministry of Foreign Affairs, primarily on the reform of the Ministry and as a speech writer.

Marrapodi also served at the Permanent Mission of Italy to the United Nations in New York (1994-1998). He represented Italy to the Executive Board of the United Nations Children’s Fund (1994) and as part of the United Nations Development Programme (1994-1997). In 1995, he represented Italy on the Sanctions Committee of the United Nations Security Council. In 1996, during Italy’s six-month Presidency of the European Union, he chaired the EU coordination meeting for the Second Committee issues, served as EU negotiator in the UN working group on the Agenda for Development, and on the restructuring of the economic and social sector. In Bucharest, he served at the Italian Embassy to Romania as First Secretary for Trade (1990-1994) during a period of sharp increases in Italian investments, when more than 3,000 Italian-Romanian joint ventures were established in Romania. He was also Consul of Italy during a period of intense activity.

Daniel Kropf, an Italian entrepreneur, was influenced by the areas of "Healthcare” and “Intercultural Understanding” from very early years. Daniel’s family was saved during the holocaust in Assisi by the Friars and Sisters of the convent of Saint Quirico. There is a film and book that tells this very story called The Assisi Underground.

After the holocaust, Daniel’s father went on to build 2 major businesses, one called Don Baxter and the other Eurospital. Sadly, his father passed away suddenly when Daniel was only 13. His mother then took over the businesses and the detailed story is now documented in a book that celebrates the 70th Anniversary of Eurospital. His parent’s experience has informed his life story, creating an underlying desire of wanting to ensure that he would support intercultural understanding and human functioning, trying to make sure that every individual would be given the opportunity to fulfill his or her own unique potential.

Daniel graduated from the Torino University Business school in 1971. In 1976, he founded what is now the “Gamida for Life Group BV”, a healthcare consortium with companies based in France, Israel, UK and others. The group is comprised of the following companies: Gamida, Danyel Biotech, Gamidor, Savyon Diagnostics and Gamida France. There are also subsidiaries in the UK, Bulgaria and Turkey. Daniel has established, chaired or directed several healthcare business start-ups ranging from biofeedback and cognitive behavioral therapy to tools for genetic diagnostics, cell therapy, glycol-protein mapping, finger printing and sequencing to medical devices. The most recent one is called ADOR Diagnostics.

In 2004, Daniel co-founded the Learning for Well-being Foundation (L4WB-F), a Dutch based Non-for Profit Foundation and is currently the Executive Chair. L4WB-F is also the steward of the ACT2gether Initiative, supporting partnership between generations for a fair and sustainable world. He is married with two young children and lives in the Netherlands.