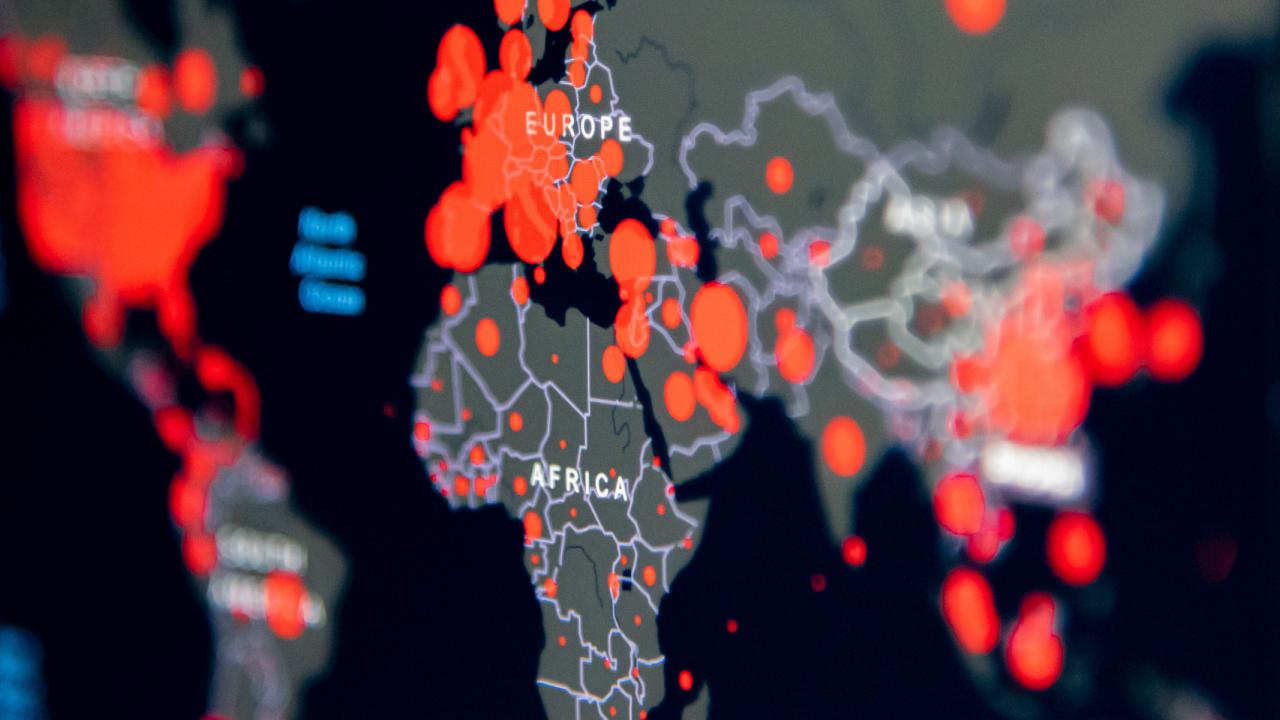 Against the backdrop of the COVID-19 pandemic, we are witnessing ever more authoritarianism - threatening civic freedoms, undermining of democratic institutions, and mass surveillance. As the world’s gaze is focused on the health and economic toll, the under-reporting of the human rights dimension is allowing abuses to gather pace.

Whilst many of these threats existed before, the pandemic has led even the most liberal countries taking unprecedented steps to prevent the transmission of the virus, increasing the power of the state at the expense of the individual.

At the next Collective Action digital convening, we explored the human rights dimension of the pandemic, sharing insights from GPC members active in the human rights field and a situational report from The Fund for Global Human Rights, a leading activist organization which believes that the people most affected by injustices are best positioned to address them.

Joining James Logan, European Office Director of The Fund for Global Human Rights and James Savage, Program Officer for the Enabling Environment for Human Rights Defenders Program were Claudia Cisneros, GPC member from Venezuela who described how philanthropists can be effective even in the harshest human rights climate. Finally GPC Member Grace Forrest from Australia shared how she puts a face to the 40 million victims of modern slavery through her photography and storytelling.

Participation in this event was by invitation only; contact your Synergos relationship manager or collaborate@synergos.org for more information.

Claudia Cisneros was born in Caracas, Venezuela. She is one of the most influential philanthropists in Latin America. Her life mission is to continue her family’s legacy of combining business and social investment. She is committed to innovation in the social sector, and her passion for humanity and dignity led her to start Digisalud. As Founder and President of Digisalud, an international organization, she continues to work towards sustainable development through a technology that eases health data collection.

Grace is a founding director of Walk Free, an international human rights group focused on the eradication of modern slavery. Since its formation in 2011 it is now one of the leading anti-slavery organisations in the world.

Grace has spent extensive time working in South East Asia and the Middle East, using photography and storytelling to share the stories of survivors of modern slavery, with a current focus on refugee communities. She regularly represents Walk Free at international forums including One Young World Conference and events at the United Nations.

Grace is a board member of the Centre for Humanitarian Dialogue and a director of the Minderoo Foundation. She has previously worked at the Legatum Institute as a research analyst on global people movement.

In 2018, Grace was appointed The United Nations Association of Australia’s youngest ever Goodwill Ambassador for Anti-Slavery. That same year Grace was awarded Nomi Network’s Abolitionist award for her work to end modern slavery and won GQ Australia’s award for Humanitarian of the year.

James joined the Fund in November 2017 as Director of the European Office with a range of experience in human rights – as an activist, a researcher, and as a grant maker. He has worked with a range of philanthropic initiatives which seek to empower activists and create positive social change. Prior to the Fund, he was Associate Director at the Human Rights Initiative of Open Society Foundations where he was responsible for developing grantmaking practice, strategy, and learning. Before that he was part of Oak Foundation’s International Human Rights Program, where he supported organisations working to investigate and achieve justice for human rights violations around the world as well as managing portfolios related to new technologies and communications.

He has worked with the Panic Button, a technology-based initiative for human rights defenders and started his career as a country specialist at Amnesty International, investigating and campaigning against abuses in Turkey. He serves or has served as an advisor to Benetech’s Human Rights Program, the Human Rights Funders Network and the Thomas Paine Initiative, a donor collaborative promote the use of strategic communications to advance human rights in the UK.

James is a Turkish-speaker and has a first degree in Turkish and Arabic from Oxford University and an LLM with Distinction in Public International Law from the School of Oriental and African Studies.

James Savage leads the Fund for Global Human Rights’ program on the Enabling Environment for Human Rights Defenders (HRDs), based at its office in London, UK. Through a mix of grant-making, technical assistance, documentation and learning, and advocacy the program supports human rights defenders globally to protect and promote civil society space and the right to defend human rights, most especially at the national and local level. Prior to joining the Fund in 2016, James Savage worked for seventeen years at Amnesty International UK, including managing the Individuals at Risk and Human Rights Defenders Programmes, conducting research and publishing, policy and advocacy, campaigning and direct protection interventions in support of individuals / HRDs at risk and to foster enabling environments for HRDs.

In 1994, James became involved in human rights activism with Peace Brigades International (PBI), taking a variety of roles working in PBI’s UK national group and International Office, and from 2002 – 2003 as a field volunteer for PBI in Colombia, accompanying and supporting human rights defenders at risk from intimidation, stigmatisation or attack.

He holds a Master of Arts in Latin American studies from the Institute of Latin American Studies at the University of London and sits on the Advisory Board of the Centre for Applied Human Rights at the University of York (UK). James has co-edited two special issues of academic journals on security and protection of human rights defenders. He has also co-authored a multi-media resource with JASS (Just Associates) on ‘Power and Protection’ and several blogs including in the Guardian, OpenGlobalRights, Alliance magazine and openDemocracy.